The Great War – I was there!

The Great War – I was there! documented the stories of people involved with World War I. It contained excerpts from other sources as well as original photographic material maps and descriptions. Much of the material published were first hand accounts of the war.
A fantastic source of photographic images of War on the front & behind the lines. 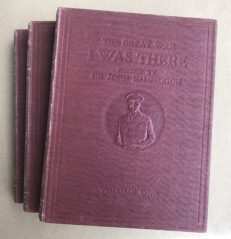