During the First World War hundreds of thousands of British soldiers died near Ypres. In 1919 the British Minister of War, Winston Churchill, wanted to acquire the ruined city for the British Empire. In his opinion “a more sacred place for the British race does not exist in all the world.” This symbolic significance of Ypres for the British eventually found expression in the Menin Gate – a memorial that leaves no-one unmoved. And since 1928 the Menin Gate has been synonymous with the Last Post. This daily ceremony – unique in the world – is a tribute from the local people of Ypres to those who died in the Great War.
During the last 75 years hundreds of thousands of people have visited the Menin Gate: famous figures such as the kings and queens of Belgium and Great Britain, Pope John Paul II, even Adolf Hitler, but also ordinary people, like you and I. Few, however, know the real background to the memorial and many leave with questions unanswered. This book is for them, sketching as it does the fascinating history and significance of the Menin Gate and the Last Post. 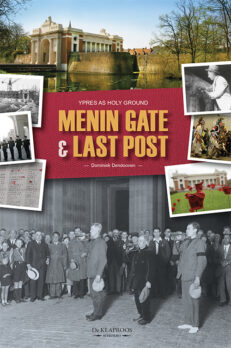